John Taylor will present "The Final Push Toward a 'Classic 600'" at our December meeting. When the Taylor brothers started watching birds half a century ago, truly elite birders in North America were members of the "600 club" whose life lists included 600 or more of the roughly 700 species of birds that were included in field guides at that time. Come and enjoy (or endure, survive, whatever) John Taylor’s celebratory presentation upon reaching that lifetime goal on a recent birding adventure to the West Coast with younger brother Wil and, albeit briefly, older brother Joe. In addition to the misadventures of their California trip this past September, the talk will include some highlights of earlier trips to other premier birding destinations such as Texas, Florida, and Alaska that set the stage for this year’s trip to put him over the top. Besides the extraordinary beauty of the birds and birding localities, there will be plenty of amusing (or bizarre, disturbing, whatever) anecdotes to acknowledge the substantial contributions of other birders (including many Todd Bird Club members past and present) to his success in reaching his goal.

John Taylor, a native of Indiana, Pennsylvania, had the extraordinary good fortune to return home to western Pennsylvania in 1982 after his graduate work at the University of Missouri. He spent a third of a century as a professor in the Geoscience Department at Indiana University of Pennsylvania. His research projects on rocks and fossils of Cambrian and Ordovician age over the past four decades involved extensive travel throughout the US and Canada. These projects also provided many opportunities for "collateral birding," as he will explain in his presentation. He will, of course, also point out the geologic significance of many of the birding localities visited. Don't miss this one as John's programs are not only educational but entertaining as well. 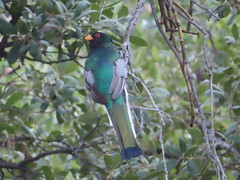