We’re in for another special treat. Jon Dunn, who spoke to Todd in February 1998, is returning to present a program on shorebirds. Jon Dunn has lived much of his life in California, where he became a birder at the age of eight, an event triggered, he says, by the life-altering appearance of a bright male Hooded Oriole in his garden. Jon has extensive knowledge of the identification and distribution of North American birds, and has published numerous papers in a wide variety of journals. He has also long been interested in Asian avifauna. Jon has been Chief Consultant/Editor for all six editions of the National Geographic Society’s Field Guide to the Birds of North America, the most recent just published. He is the co-writer and host of the two-video set Large and Small Gulls of North America, as well as co-author (with Kimball Garrett) of Birds of Southern California: Status and Distribution and the Peterson series’ Field Guide to Warblers. Jon is a member of the Committee on Classification and Nomenclature of the American Ornithologists’ Union and the ABA Checklist Committee, and has served more than 20 years on the California Bird Records Committee. Beyond birds, Jon has a keen interest in politics, history, and the cinema. 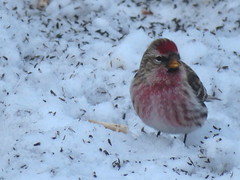